Home » Techtalk » Microsoft Outlook » How to Import Emails from Thunderbird to Outlook 2019, 2016?

Read this article to learn the possible methods and steps to import emails from Thunderbird to Outlook 2019, 2016, 2013, 2010, 2007 and below versions. Manual and Automated Method described to do this task.

Mozilla Thunderbird is a multiple platform (Windows, Mac and Linux) supports email clients. The open source email client stores emails, attachments, and other email items in an MBOX file on your local machine.

To import emails from Thunderbird to EML files, you can try this free manual solution. This section describes how to import Thunderbird emails into EML files. Follow the steps: 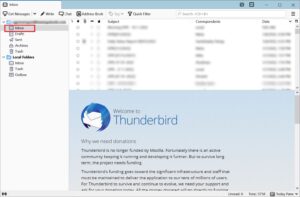 3. Select the email you want to export, use Ctrl + A to Select All Emails 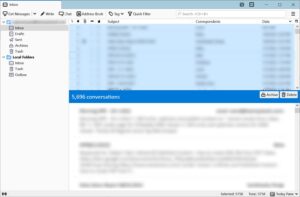 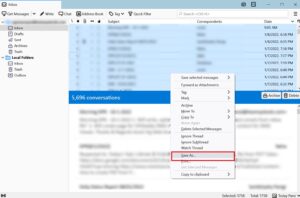 5. Select a Destination Folder and save all emails as EML 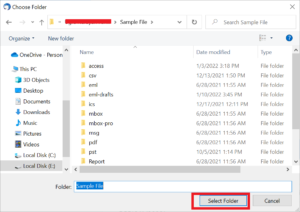 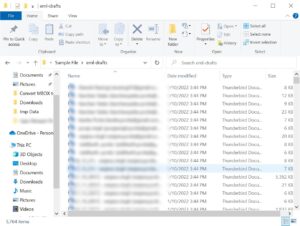 After this process, you will get all the Thunderbird emails into EML format.

5. Preview Moved Emails in the Inbox folder of Outlook 2019, 2016, or any other version which you are using. 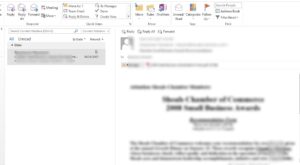 Note: The above-described method is completely free but also has some limitations such as requiring Thunderbird, repeatedly following manual method for each EML file, and must require Outlook installation with proper configuration.

MBOX Migration Tool is a professional program for importing multiple MBOX files to Outlook email clients. You can Convert MBOX to PST with attachments to any Windows machine. Even this tool supports corrupted and orphaned MBOX files with deleted emails.

This tool supports importing batch or selective emails from Thunderbird to Outlook. Direct detect Thunderbird profile with all mailbox folders like inbox, draft, sent, etc. Also, this software is supported by the latest Windows OS 11, 10, 8, & 7 version and Windows Server 2016, 2012 R2, 2008.

Follow the four-step process to easily import emails from Thunderbird to Outlook:

Step 1: Open the Tool and Click on Add File button 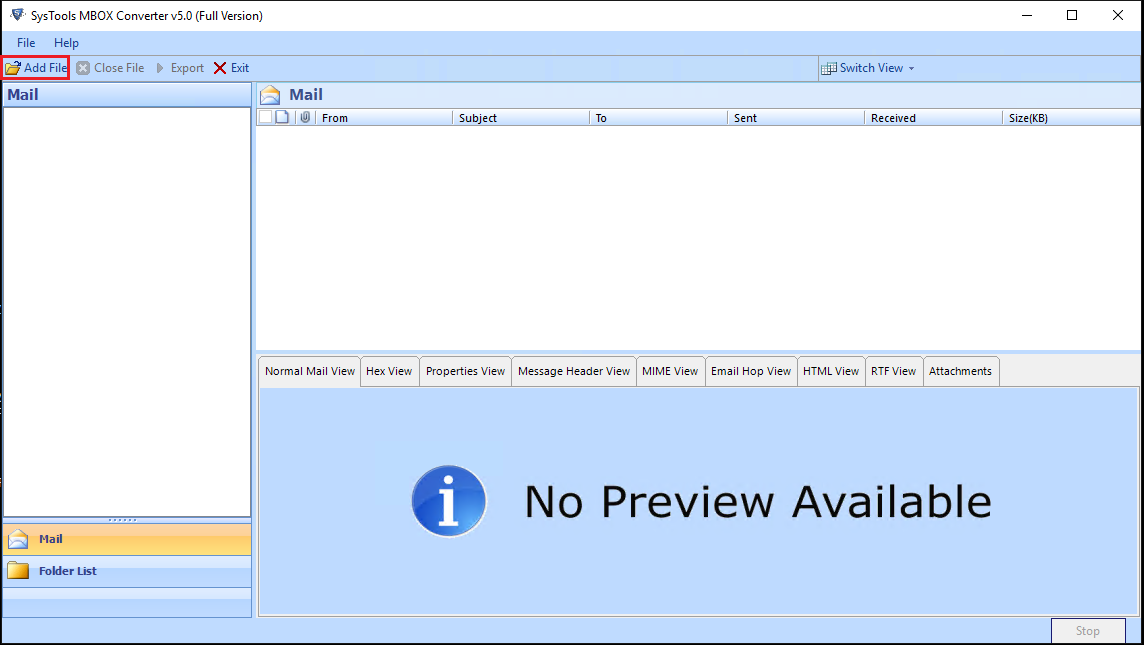 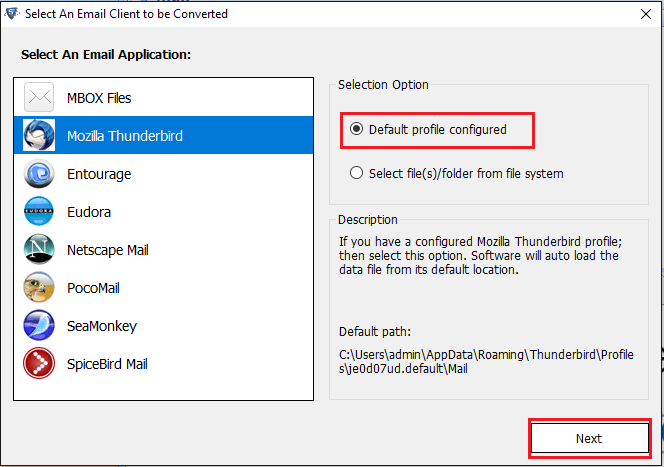 Step 3: Next, Preview Loaded Thunderbird Emails in the Software Screen 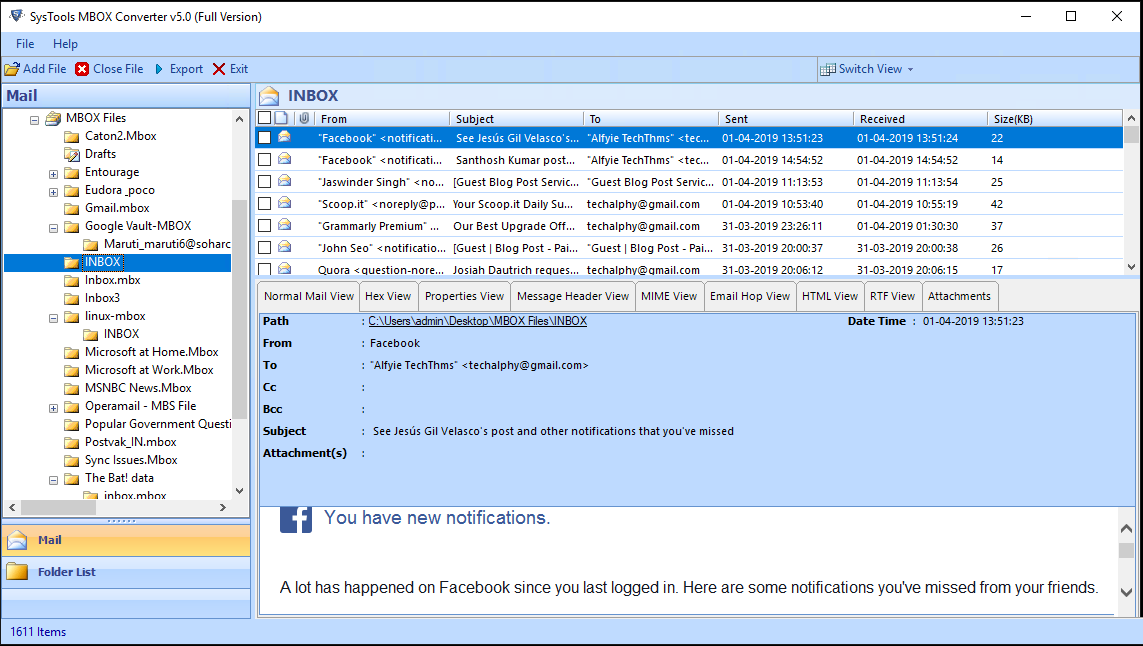 Step 4: Finally, Click on Export then Select PST option to Import Emails from Thunderbird into Outlook.

There are two methods described to import emails from Thunderbird to Outlook 2019, 2016, 2013, 2010, and all below versions. So, let’s have a concluding remark on both methods.

The first method is a free manual solution but needs Thunderbird and Outlook. Also, you have to follow import Thunderbird emails into Outlook repeatedly.

The other method is not completely free but the best solution is to import batch emails from Thunderbird into Outlook 2019, 2016, 2013, and other versions. So choose wisely which method is time-saving with minimal chance of data loss. 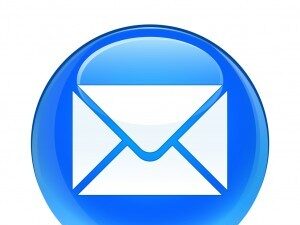 How to Save EML from Gmail Account to Microsoft Outlook? 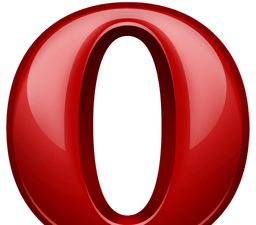 How to Export Opera Mail to Outlook with All Emails? Best Solution

How to Print Outlook Emails with Attachments to PDF?

As a Technical Person, Ugra Narayan Pandey has 10 years of experience in the technical field. He has good knowledge of Data Recovery, Data Migration, Data Conversion, and many more.

How to Fix Exchange Server is Not Receiving External Email?
How to Convert Multiple MSG Files to Outlook PST Format?
SQL Database Migration Wizard – Export SQL Server Table Schema & Data
How to Save EML from Gmail Account to Microsoft Outlook?
How to Import EML to Office 365 Account with Direct Solution?